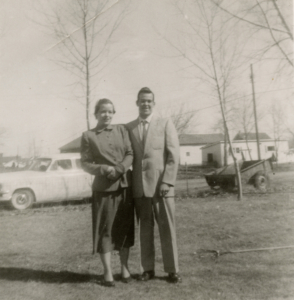 St Patrick’s Day is celebrated in more countries than any other national festival. Growing up as baptized Catholics, I remember dad telling us that we had “a bit of Irish in our blood”. Mom also encouraged us to be proud of our Indian heritage. With those things in mind, I’ve begun to explore the connections in my Métis heritage.

While not all Métis belong to the “Métis Nations”, this term (Métis) refers to all people of mixed Indigenous North American and European heritage. In the late 1600’s, French fur traders married Indigenous women during the colonization of Canada. Irish and Scottish trappers and traders intermarried with Indigenous women in the 18th and 19th centuries. These marriages not only benefitted the fur trade business but also helped to spread religion.

Métis culture blends elements from both Native and European traditions but is completely different from both. One common trait among the Irish and Metis people is their Catholic religion. Additional similarities are found in their music and dance. The term “jig” usually refers to a tune in the Scottish/Irish tradition, but the Metis use of the term is more like a combination of Plains First Nations footwork with Scottish, Irish and French-Canadian dance forms.

There are many more similarities between the early Irish and Native experiences. Both cultures were first invaded by people whose religion was Catholicism. Each walked a trail of sorrow that resulted in the death of hundreds of people. Kindness and generosity shared by the Choctaw to the Irish during the Irish famine has formed a bond between the nations that remains strong to this day.

Check out the link to an enlightening article that expands on this topic: