The word “pemmican” originates from the Cree language, loosely meaning “grease or fat”. Pemmican was an invaluable staple of the early Northern people. For centuries, pemmican fueled nomadic cultures and eased times that may have been lean. Without pemmican, much of the early exploration and migration may have been significantly slowed or halted completely. Journeys of fur traders and European settlers surely would have been much more difficult. 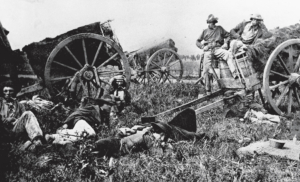 There’s no doubt that pemmican played a significant role in the establishment of governments and the survival of many people. Pemmican contributed to the economic, cultural and political strength of the Metis, and was adopted by Europeans that were involved in the fur trade. At one time, pemmican was a part of a power struggle between the Hudson Bay and North West (fur trading) Companies in Canada! From 1812-1821, the “Pemmican Proclamation” was an attempt to stop the Metis people from exporting pemmican out of the Red River area. It was a key factor in the conflict between the Metis and the Red River settlers.

History remembers the Battle of Seven Oaks and the Pemmican War as one of the first times the Métis people asserted themselves as a new nation with the rights to trade as they wish. After the war, the two fur trading companies merged, resulting in the closing of half of all the fur trade posts. Those closures had a devastating impact on the Métis and Indigenous people, many of whom were employed with the companies. 200 years after the end of the proclamation, Pemmican Patty strives to bring pemmican back to its glory days with our modern-day version of the bison-berry blend!

Where We Come From

Red River Carts of the Metis
Scroll to top