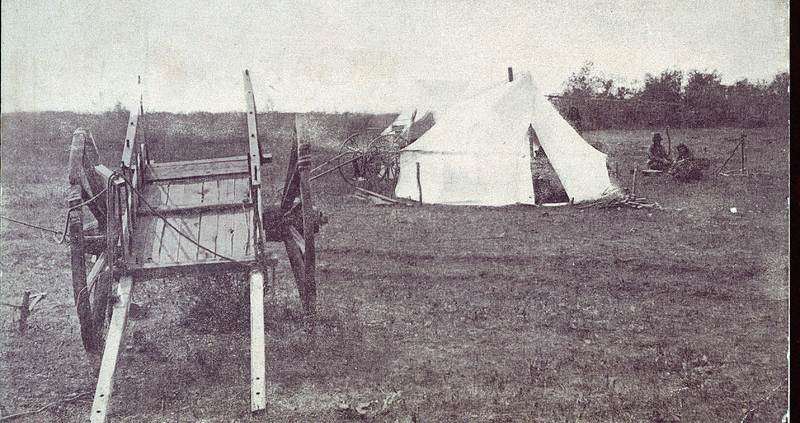 The European desire for fur brought both challenges and opportunities. Despite the severe interruption to traditional lifestyles, many Indigenous bands of the Northern Plains tried to stay friendly. Cree/Ojibway women intermarried with traders of mostly French or Scottish decent. This brought about a new culture called “Metis”, from the French meaning “mixed”. Being Metis brought great advantage to those involved in the fur trade worlds.

Developed by the Metis, the Red River cart was a small, two-wheeled rig pulled by oxen or horses. Made entirely of wood and tied together with leather, the cart could be easily made (and repaired) in the Red River country where oaks and poplars were abundant, but metal goods were scarce. 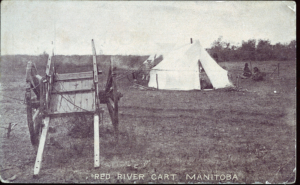 The cart was initially designed for carrying hides, dried meat and tallow from their semi-annual bison hunts on the Plains. Each cart could carry up to 1000 pounds or the equivalent of five or six bison. The hunts became a way of life for the Michifs, providing both a source of income as well as most of their essential needs.

In the early 1800’s, these bison products, including pemmican, were sold to fur trading posts in the Red River country. By the 1850’s, cart brigades of several hundred traveled to present-day St. Paul, MN, filling the air with their distinctive ear-piercing screech, caused by wooden wheels rubbing against wooden axels. Near the end of the nineteenth century, the Red River cart was replaced by steamboats and railways. The U.S. and Canadian governments had reduced bison herds to the point of endangerment before stepping in to protect the few that remained.

Want to join the discussion?
Feel free to contribute!